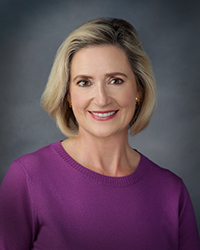 Cindy Smet was an investment banker firmly rooted in the for-profit world when one of the busts on Wall Street led to her layoff.

“Which was fine because I already had one child and we wanted to have a larger family,” recalled the married mother of three sons.   At the time, Cindy had no idea what a boon leaving the world of banking would turn out to be for her.

As her children grew, so did Cindy’s interest in education.

“It was just a natural thing because I was doing the volunteer work in the schools, and I became a little bit of a student about what a good education looks like,” said Cindy, whose sons were educated in the public school system.

“What hit me when I watched my children go through public schools was the divide between what goes on in good suburban schools, and what happens, or doesn’t happen, in inner-city schools, the achievement gap,” she said. “I’m embarrassed to admit that I had never really focused on the disparity of services and outcomes before.  It was a call to action for me.  I knew that education was where I wanted to focus my energy.”

In the early 1990’s Cindy and her husband John established The John H. and Cynthia Lee Smet Foundation as a vehicle for their philanthropy.   The Smet Foundation started with baby steps, one college scholarship named after John’s parents, Quinn and Verna Smet, at John’s high school in Wisconsin.  They then became actively involved with the Catholic Education Foundation, which they have now been a part of for 25 years.

“The Catholic Education Foundation does an excellent job of making it personal, of connecting donors with real live students and schools.  In the course of working with the Catholic Education Foundation, John visited St. Matthias High School in Downey,” Cindy recalled. “St. Matthias had a giant facility and footprint that was woefully underutilized.  All John could see was opportunity so he created an advisory board and became their board chair.”

“We then started the Victorian Leadership Scholarship at St. Matthias for two reasons: we wanted to drive up their enrollment, and we wanted to give the scholarship recipients-two the first year-the extra academic, internship, cultural and social pieces that our own children enjoy.  It’s important to note that this is not just tuition assistance.  The enrichment is meant to prepare students for competitive colleges where they will be with other students who are very different from them,” Cindy said.

The Onward programs have grown organically over the last few years.   Onward Scholars gave birth to the idea of Onward Readers which focuses on improving students’ reading skills at the pre-K to 8th grade level.  After launching Onward Scholars, “we realized that all of the kids who apply aren’t necessarily as well prepared as they need to be,” Cindy said. “So we partnered with the Department of Catholic Schools to start the Onward Readers in elementary schools to focus on building fluency and comprehension.”

The Onward Readers Program brought the Smets into about a dozen K-8 Catholic elementary schools and it became clear to them what a demanding job it is be an elementary principal.  “We realized that the job of a Catholic principal is a huge job – you need to be an instructional coach, you need to be an accountant, you need to be savvy on social media, you need to be able to do development,  and you need to understand budgets,” Cindy said. “So John and I decided to give the gift of more training to people before they become principals.”

Thus the Smet Foundation again joined together with the Department of Catholic Schools to create Onward Leaders, a one-year internship program for aspiring principals.  “It’s the ultimate field training,” Cindy explained.  “We are so proud of our two cohorts of Onward Leaders.  Our five cohort one Onward Leaders are now proudly serving as principals in Catholic elementary schools serving low income populations in Los Angeles.”

What came next was Onward4Excellence, an outgrowth of Onward Readers.

“Onward4Excellence is professional development for teachers and principals across all different subject areas,” Cindy explained. She further added that “we’re not inventing this. We’re helping the Department of Catholic Schools to do it, and we’re happy to help. It’s just great to partner with them.”

Finally, the Smets are excited about their newest Onward baby, a second Onward Scholars branch at St. Mary’s Academy in Inglewood.  “It’s a perfect partner school—it does an excellent job of serving a needy population,” Cindy said. “It has a wonderful vibe.  The girls are so positive and we love the proud tradition of ‘serving the dear neighbor’ that the St. Mary’s girls embody.”

Looking back on her philanthropic accomplishments, Cindy credits her moral and charitable formation to her husband and his family.

“My parents were very good examples, but I think I really hit the jackpot when I married into the Smet family,” Cindy said. “John just quietly does good, and his parents always did good work. His parents are in their mid 80s and they continue give back and do various things in the church, and it makes them alive. So I give them the credit for setting such a good example.”

In other endeavors, Cindy is proud of being a founding trustee of the Vistamar School in El Segundo and a long serving board member of Camino Nuevo Charter Academy in MacArthur Park.  Additionally, Cindy sits on the California Science Center Foundation Board, and she and her husband enjoy being members of the American Martyrs Community.

“I guess this is where I should tell you that I’m actually not a Catholic – I’m still a Lutheran,” Cindy said. “I’m a Lutheran, but I love going to the Catholic Church with my husband. Church for me is about having a community and a sense of belonging, and it’s really fulfilled that.”

When Cindy received the call from Archbishop Gomez that she had been selected as an honoree of the 2018 Cardinal’s Awards, “I couldn’t even imagine why I was being called.”

“Frankly, it was overwhelming; I didn’t think I deserved this, but you can’t say no to the Archbishop,” she said. “I also understand that it’s important to lead by example. So by saying ‘yes’ and enjoying this honor, I think is good for other people to see.”