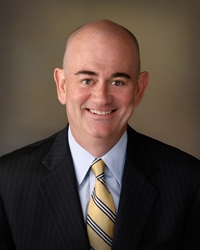 While the heartbreak of losing a child would bring most parents to their knees, Charlie Gaffney transcended the grief of losing his son 15 years ago, through charitable acts that continue to make a positive difference today.

His son, Aidan, who was born differently-abled and died just before his sixth birthday, was the inspiration behind two massive efforts in West Los
Angeles. The first is a “boundless playground” called Aidan’s Place for able-bodied youth and children with disabilities built with funds raised by Charlie and his wife, Nicole. The couple also became involved in The St. James Inn, a series of homes where family members and patients undergoing serious medical care at UCLA and other local hospitals have access to no-cost lodging in the
surrounding community.

“Cognitively, Aidan was trapped in a body that didn’t function,” Charlie explained. “He could communicate with you, he just couldn’t move. And his body began to deteriorate over time.”

Before Aidan died, he was in a wheelchair and his parents would take him to parks throughout Los Angeles.

“When you have a differently-abled child you can’t get onto equipment on the playground or you can’t get through the sandlots if a child is in a wheelchair,” Charlie recalled. “We began to notice that it was a hard enough life for Aidan. When we would go to playgrounds he was standing out again because we’d have to lift him up and put him on equipment.”

After Aidan passed away, Charlie and Nicole read a newspaper article about an effort called Shane’s Inspiration in Griffith Park, the first universally accessible playground in the Western United States and the largest in the nation.

“I talked to my wife and said we had to figure out a way to raise funds to build one in West L.A.,” Charlie remembered. “We wanted to do something to honor our son’s short life, and what better way to do that than build a playground where other kids in similar situations could enjoy simple play at a playground?”

Aidan’s Place, located at the Westwood Recreation Center on Sepulveda and Wilshire boulevards, is particularly unique because children of all abilities are fully integrated.

“Children can literally get on every single piece of equipment in the park whether they’re in a wheelchair or walking,” Charlie said. For the able-bodied child, “when they get to middle school or high school it’s not the first time they’ve interacted with someone with a disability – so it becomes a normal environment for them.”

Charlie and Nicole are also involved with two homes in West Los Angeles where families can stay when their loved ones are in treatment in nearby hospitals.

“When Aidan was young we were in the hospital a lot, and one of the things we observed was the enormous number of families with children with serious medical conditions,” Charlie said. “It’s super expensive to have a child that is in a facility long term. Where are these families going to stay? If they don’t have the means it’s really taxing, and they’re worried as it is.” “My wife and I were lucky, in that we lived a few miles from two world–class hospitals, and could go home when needed to get a night’s sleep. This wasn’t the case for many families who were there from out of state or a foreign country.

Charlie then learned about an effort called The Saint James Inn, founded by Fr. Pat Traynor, a Paulist priest and UCLA chaplain. While at UCLA Medical Center, Fr. Pat observed people sleeping in their cars and in hospital
lobbies and decided to take action to alleviate it. The St. James Inn was born as a result of this observation and now provides no-cost lodging to family members who have loved ones undergoing critical medical treatment at local Los Angeles hospitals.

“The founding board was running it for 20 years and they were looking to transition leadership to a new generation in order to continue the mission” Charlie said. “So I got involved and started asking my friends to get involved. It’s been a really rewarding experience…and we’re in the process of buying a third house. So we’ve really begun to grow the organization so we can house more people that are in need.”

In other efforts, Charlie is part of a team spearheading a targeted fundraising effort for the Paulist priests who seek to update their communications strategy,
recruit new Paulists sand ultimately build a new seminary. When Charlie isn’t busy with his family and charitable endeavors, he works full time as President & CEO at Index Promotions, Inc.

Looking back on his life – and the challenges he has overcome – Charlie believes “things happen for a reason in your life. We never expected to have our first child pass away. It happens, it’s not natural, but you learn to somehow push forward. And things happen as a result of that.”

After Aidan’s death, Charlie and his wife had five more sons. Today, their two teenagers attend Loyola High School, and their triplets are in the seventh grade at St. Paul the Apostle school.

“We tell our kids you have to be willing to get involved in something besides yourself,” he said. “You have to be a person for others, and part of that is raising your hand and taking a chance to help because you have gifts that can help other people.”

To that end, Charlie said he is honored to receive a Cardinal’s Award this year.

“It was unexpected and I’m just very, very honored that the committee would think of me. You do these things because you’re helping people and trying to give back, and being recognized is something very unexpected but appreciated.”