VIEW HIGHLIGHTS FROM THE EVENING
Relive the excitement by viewing these highlights from the night. 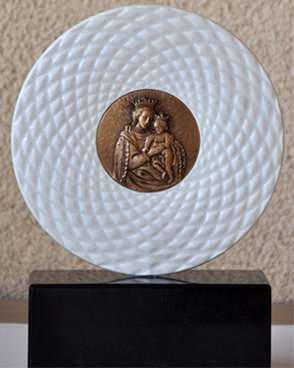 The Cardinal’s Awards Dinner will return to the Beverly Hilton on March 3, 2018, for another year of fun and festivities. This year we honor five wonderful members of our community; Jack Blumenthal, Cindy Smet, Heidi McNiff Johnson, Jim Sarni, and Anderson Shaw, at the biggest Catholic event of the year.

Each year, the proceeds of the dinner go to deserving organizations who serve the neediest of the Archdiocese of Los Angeles. This year, we will support Catholic organizations who empower the youth through education & faith.

The Beverly Hilton was opened in 1955 by Conrad Hilton. This Four-Star hotel combines the excitement of Hollywood with the prestige of Beverly Hills. Nestled at the crossroads of the iconic Wilshire and Santa Monica Boulevards, the hotel’s rooms evoke the best of relaxed California living.

Mr. Hilton, a longtime supporter of Catholic religious sisters, sold the property in 1987 to Merv Griffin, another faithful Catholic who welcomed the Cardinal’s Awards to his hotel. In 2003 the hotel was sold to Beny Alagem, co-founder of Packard Bell Electronics.

Since 1961, the Beverly Hilton has been home to the Hollywood Foreign Press Association’s star-studded event, the Golden Globes. Our version of the Golden Globes will honor the extraordinary gifts of these wonderful members of our Archdiocese.